Whether you are a marketer or a Youtube creator you can boost your Youtube video views and subscribers by learning from the top best and most popular Australians on Youtube in 2021 List. The below list includes all Australian Youtubers and Aussie video creators with the most followers on Youtube. Brought to you by MAU. Senior Digital Marketing Specialist at eDigital.

In a world of millions of rats racing the corporate ladder, wasting their precious time in toxic work environments and overly-competitive one-upmanship; it is encouraging to have all these creative Youtube content creators, rebellious, and courageous storytellers around the world showing us the fun, stupidity, fears and mistakes of the “modern” world and decadent society.

THE LOCAL PULSE ON CULTURE

What can the top 10 most popular Australian Youtube channels in a country tell you about its people?

The below list could confirm the Australian obsession for online gaming (4 channels), the need for free entertainment content (4 channels) and curiosity for some novel and original content (Primitive technology).

Before you dig deeper into the most popular Australian youtube channels list, check out Ash Chang (YouTube Culture & Trends lead for APAC) insights below on how the Youtube creator archetype is evolving to meet audiences more open to a larger diversity of stories and storytellers leading the way.

WHY THE POPULAR RISE OF AUSTRALIAN YOUTUBERS?

With today’s access to HD smartphones at a low cost, anyone can be a Youtuber and create video content. The most important difference that makes some few Youtubers extremely popular with their subscribers seems now to be the level of creativity and some key factors we will discuss below.

Unlike Instagram, Youtube has been offering a revenue-sharing model with its creators for years, allowing them to make money from their video views. This is a massive reason for the quality of content on Youtube and the number of viewers engaged.

However, there are only 7 Australian Youtube channels with over 10 million subscribers; falling short compared to – for example – Canada,  a similarly developed country with 17 Youtube channels with over 10 million subscribers. In fact, Australians – on Youtube – consume far more overseas video hours than from Australian creators, meaning there is still a massive opportunity to create compelling content for local audiences living in Australia.

For many popular Australian YouTubers, what started as a fun side project is now a full-time gig bringing them millions of dollars.  Some of Youtube’s biggest names in Australia are launching their own production companies and hiring other digital natives just like them. And they’re creating an economic ecosystem that doesn’t necessarily rely on Youtube’s shared ad revenue.

Australian YouTube creators with the most followers aren’t just videographers; these are also creative individuals and passionate entertainers. The below famous Australian Youtubers with millions of subscribers may be changing and shaping Australian culture and can help brands influence and shift brand perception and preference.

What is cricket? It is an insect related to the grasshoppers! This answer is partly right!

You may have also heard Cricket is one of the most boring games on the planet for people who apparently could not manage to skillfully play a real sport.

Whatever your take on the above, one thing is clear: Aussies do not fall asleep watching it and this popular Australian Youtube channel confirms it by the millions of views counted on their videos.

According to JoshDub’s YouTube bio, his channel is for “weird VR memes with the boys” — and clearly, it’s working. The Aussie YouTuber has more than 8 million subscribers and over 1 billion combined video views.

In 2014, this Geelong boy Muselk (Elliott Watkins) dropped out of university (law degree). Now he gets more than 50 million YouTube views a week and is a multi-millionaire.

Elliott became famous for playing Team Fortress 2 and Fortnite. His Youtube videos are filled with truth or dare challenges, live gameplays. Elliott has partnered with brands including Samsung, EA (Electronic Arts) and HP (Hewlett Packard) and has his own Muselk brand of merchandise.

Muselk credits his channel’s popularity to knowing what young people want. He has also worked as a presenter in Disney’s weekly TV show, Gamefest.

In 2017, he co-founded Click Management – a talent and brand management company for gaming and technology influencers – with his older sister.

From Robinson Crusoe almost 300 years ago to Tom Hanks in the film Cast Away, the dream of surviving alone in the wild still captures the imagination of millions.

Primitive technology is not only a madly popular Australian Youtube channel but also it has created its own genre of YouTube videos that demonstrate how to build things without any help from the modern world.

Primitive technology videos – usually less than 15 minutes – are more than just about survival skills. They will show you what could happen if you press the reset button and how advanced you could become if left to fend for yourself.

Need an axe? Make one from a stone and a branch. Need a pot? Mix your own clay and make a kiln. Need to crush some rocks? Make a water-powered hammer.

The below Primitive technology video shows a man in blue shorts – known as “The Man” – silently constructing a hut with a tiled roof and, in a flourish of ingenuity, under-floor heating.

The man in the blue shorts is John Plant, from Queensland, Australia. John started his impressive building skills when he was 11 years old, making a small hut from stone and wood in the creek behind his house. After graduating from university, John was mowing lawns for money but when he wasn’t working, he would go to the bush to practise his hobby. He then began to video record his survival and building adventures.

Known for years as “The Man”, John identity was revealed when he complained to Facebook that he was losing revenue as his videos were being shared without proper attribution. In his complaint, he claims to have lost out on AUD$39k from one “stolen” video alone.

“By limiting the resources to only what is available in the wild, you become more inventive,” he told to BBC News. And his favourite project was a “centrifugal blower” because “no-one thought of making one from scratch before“.

Lachlan is a very popular Australian YouTuber who has been focusing on the online video game: Fortnite developed by Epic Games for some time now, but he originally got his start with Minecraft and Pokémon Go viral videos. Lachlan also won the 2020 Fortnite Pro-Am tournament in Australia with pro-gamer Fresh.

shhh… Want your new video to go viral? Click on the below image and grab our top-secret tips  ⬇️ 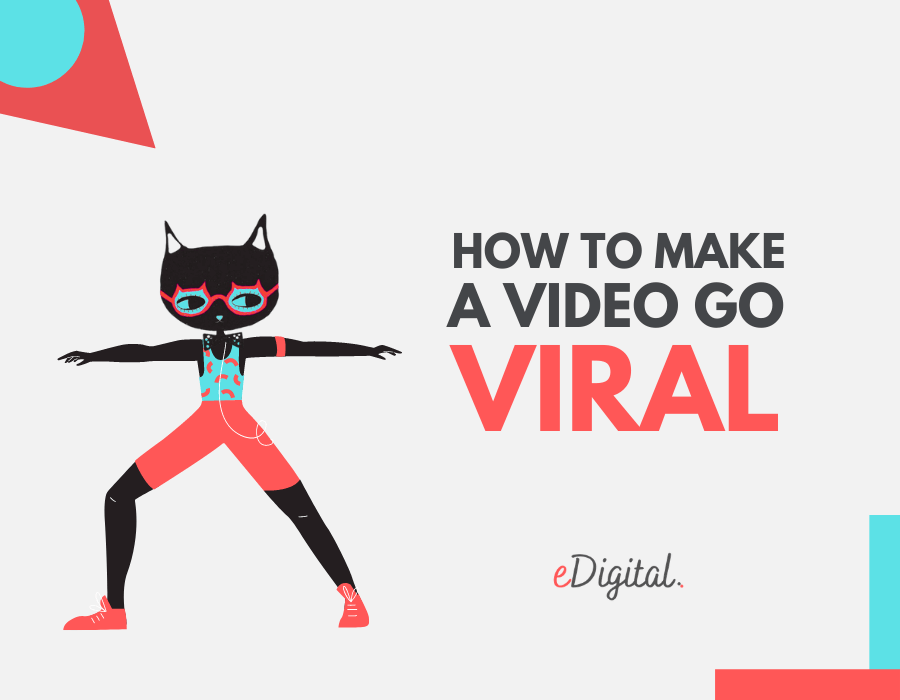 How to make a video go viral

In its quarter earnings April 2021 report, Google parent company Alphabet confirmed YouTube brought in revenue of $6.01 billion in advertising revenue during the quarter — up from $4 billion from a year ago, for a growth rate of 49%. This is an acceleration over its 46% growth in Q4. It’s also nearly twice the growth rate of Netflix, which reported 24% revenue growth in Q1 and expects growth to slow to 19% next quarter. If its current growth trajectory continues, YouTube will book between $29 billion and $30 billion in revenue this year. Netflix is expected to report $29.7 billion in revenue for 2021, according to Refinitiv. To keep with this growth, we estimate Youtube will continue supporting new creators with the best tools and resources to make them succeed.

NUMBER 5: HOW TO BASIC

According to Wikipedia, HowToBasic is an Australian YouTube comedy channel that is part of the Fullscreen network. The creator of the videos does not speak or show his face and remains anonymous. The channel primarily features bizarre and destructive visual gags disguised as how-to tutorials. The channel first gained popularity in 2013. The channel was briefly suspended on two occasions on presumed violations of YouTube’s policy on misleading content. Soon after each time, the channel was restored, and the suspensions were lifted.

CKN Toys features two Melbourian brothers: Calvin and Kaison and their adventures. Their content includes videos of them reviewing toys, opening giant surprise eggs and dressing up as superheroes.

Chloe Ting was born in Brunei in April 1986. She moved to Australia when she was 16 years old. Chloe started her YouTube channel in 2011 showing fashion and travel tips before focusing on fitness in 2017 and lately also featuring healthy food recipes. Her below viral video “Get Abs in Two Weeks” was posted in August 2019 and now has 300+ million views. Chloe gained notoriety in 2020 with her Two Week Shred Challenge on TikTok.

LazarBeam is a professional gamer born on the Central Coast, New South Wales, Australia in December 1994. His real name is Lanna Eacott. He started making slow-motion demolition videos in 2014 and created his YouTube channel in 2015. He began posting videos of Fortnite Battle Royale in 2018. He also produced the film Lazer Team in 2015. His sister Tannar is also a YouTuber with over one million subscribers.

It makes sense. right? It is far cheaper and more convenient for time-poor Australian parents to let their kids be entertained by the free Bounce Patrol Youtube videos than paying a costly hot & young nanny for playing with their kids.

What’s the danger for kids watching too much Bounce Patrol videos? They will never develop a taste for culturally rich music and dance from other parts of the planet.

As Ash Chang mentioned, there are encouraging signs a great diversity of Youtube content is on the way, meaning the new generation of Australian kids no longer have to watch those repetitive and tedious characters.

There are also great opportunities in Australian for content creators who can bring original stories to some of the 30% of the Australian population born overseas who do not really relate to that “Aussie” flavoured content shared by some of these top Youtube celebrities.

A quick question for you:

I see this ⛔️  MASSIVE ISSUE ⛔️  many times! Many new business owners, entrepreneurs and marketers naively think the more noise they publish on Youtube, the more likely potential customers will like their brands and buy. Does that sound like you?

You can always change the way you see Youtube Marketing by starting a successful Social Media Strategy.

✅  Once you have your Social Media Strategy defined, many things will make more sense and I will assure you will look at Instagram Marketing in a far different new way.

In fact, a well-crafted strategy will:

✔︎ Free up valuable time
✔︎ Make you produce far less but better quality content and
✔︎ You will get greater results as followers and customers will start noticing the benefits.

If you believe you have a creative, passionate and curious mind, I invite you to read my article about How to write a killer Social Media Strategy.

I guarantee you will start doing LinkedIn Marketing in a far more meaningful and effective way. 😀 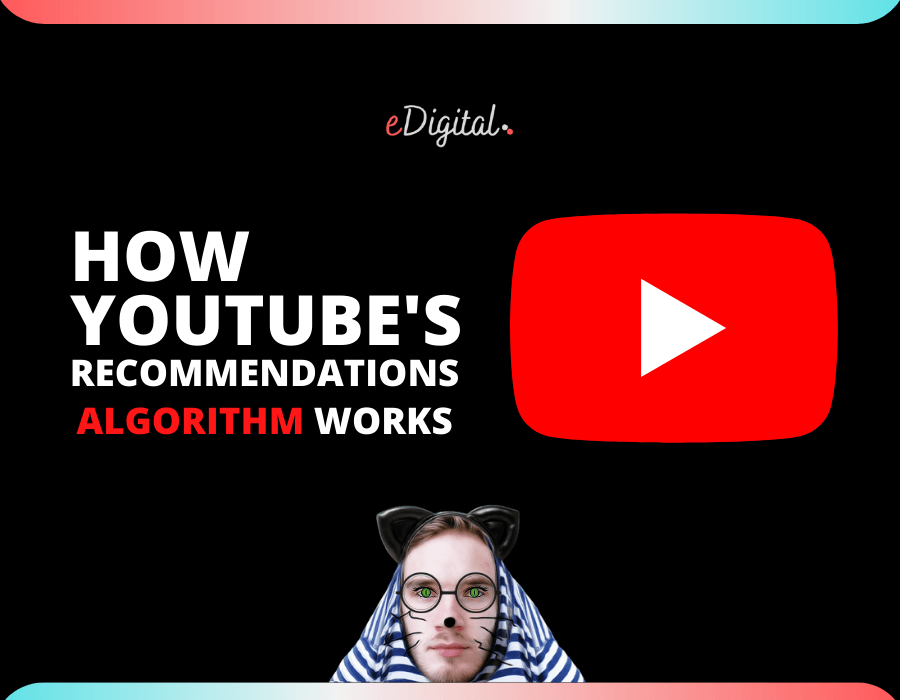 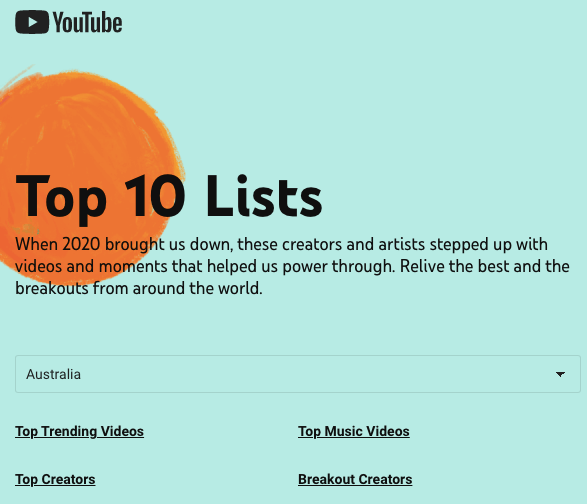 DOES VIRALITY HELP TO MAKE A YOUTUBE CHANNEL POPULAR?

One of the most interesting and well-done studies in the field of Virality is by The Ehrenberg-Bass Institute “Viral Marketing – The Science of Sharing” by Karen Nelson-Field. Some interesting insights of the study include:

Final tip: Are your marketing campaigns not bringing the sales you want? Would you like to stop wasting your money on ads not performing? Find how you can boost your sales today!

This article was brought to you by… 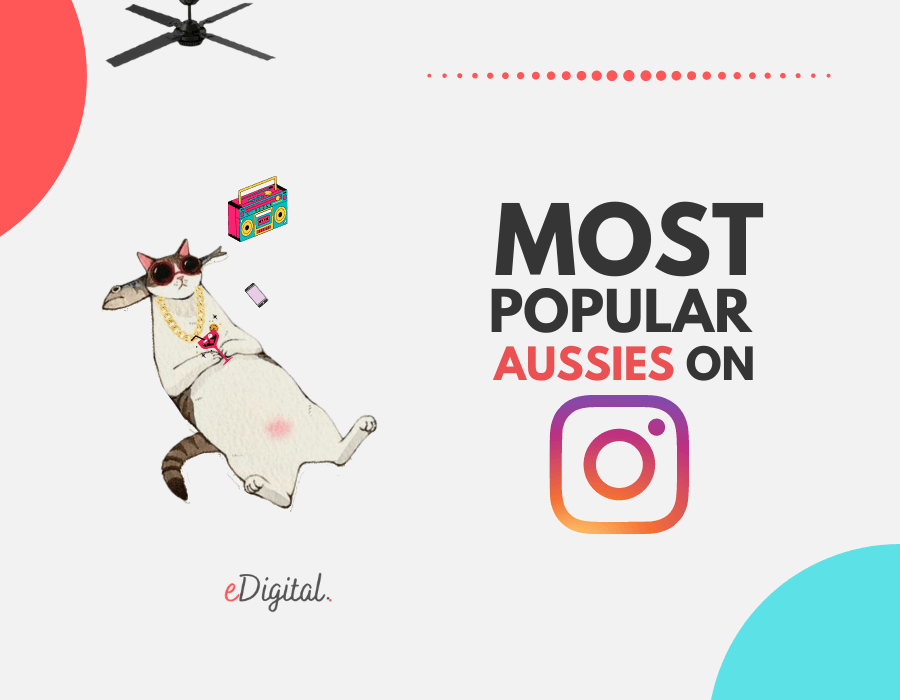